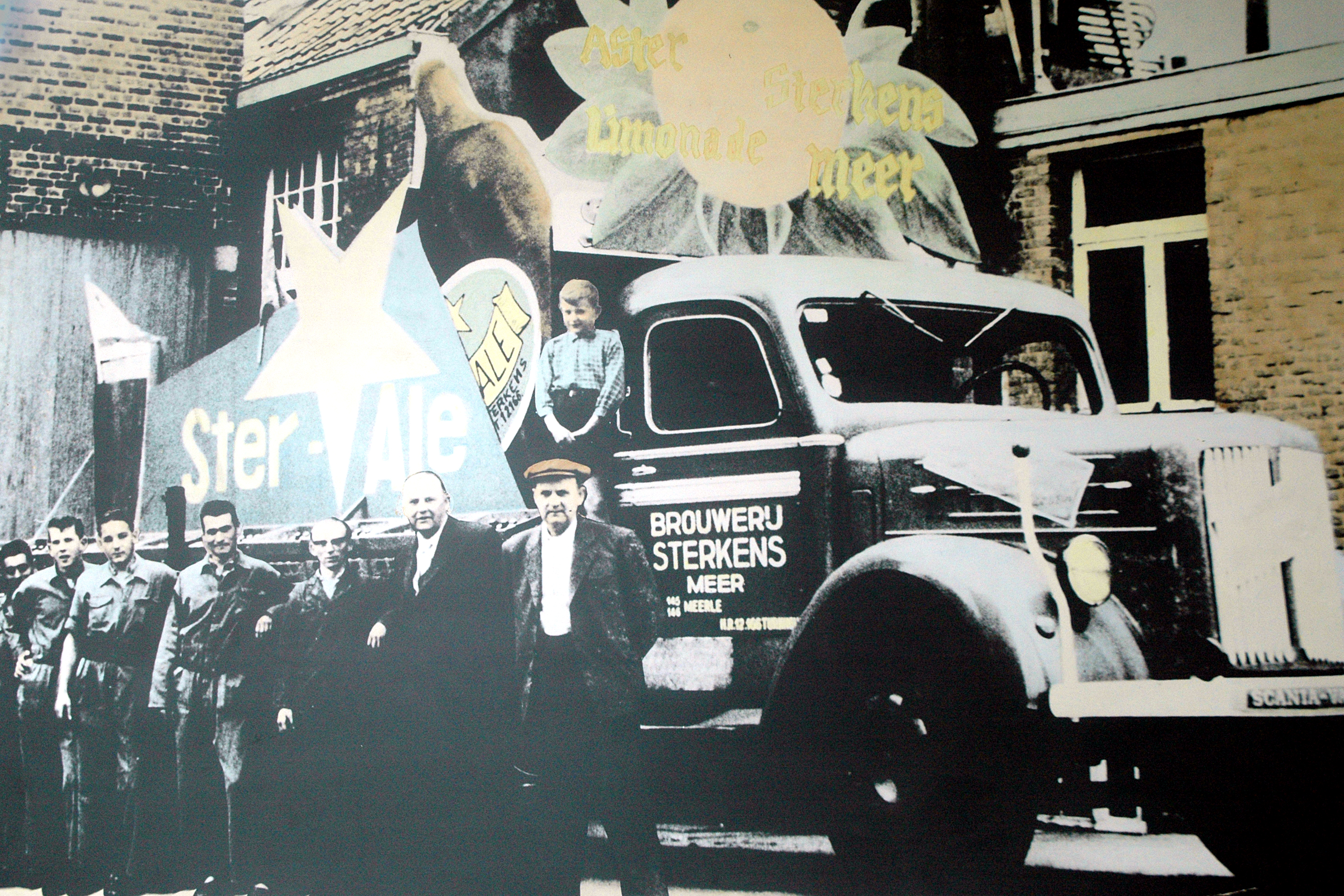 After the Second World War, Brouwerij Sterkens is growing very fast. In 1957, a new beer, the ‘Ster Ale’, is being brewed. This amber coloured beer is particularly popular in Hoogstraten and its surroundings. Gradually, whole Flanders is able to enjoy the ‘Sterreke’, as it is called in the region of Meer. Like any brewery in that time, Brouwerij Sterkens begins to produce other beverages too. They launch the Aster Lemonade for example. Today, a refreshing lager, the Ster Pils, is being brewed, a crisp nod to the popular, amber Ster Ale.

Because of the popularity of the Ster Ale, the touristic department of the city of Hoogstraten asks the brewery to produce a typical, local beer for Hoogstraten, that can be launched as the ‘Official beer of Hoogstraten’. Therefore, the family uses an old, traditional recipe and a few months later, the first bottles of Hoogstraten Poorter are being filled. This beer is bottled in the iconic ceramic jars too. On demand of the Bokrijk Domain, Brouwerij Sterkens begins to brew a new, craft beer. Thanks to their authentic image of a quality brewing company, they launch the Bokrijks.

The family gradually begins to see that the brewing production takes the upper hand. They are not longer only brewing for their own needs, but above all to let others enjoy their wonderful and tasty beers. Brewing beer is now more important than working on the farm. Now, we can officialy speak of Brouwerij Sterkens.